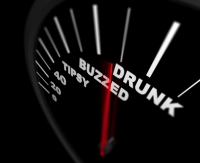 Sobriety checkpoints and the Fourth Amendment have a tense relationship. Police in many states employ random checkpoints in order to catch drug and alcohol impaired drivers, while the Fourth Amendment gives residents “the right to be secure in their persons, houses, papers, and effects, against unreasonable searches and seizures.” The Amendment continues that this cannot be violated unless there is a valid warrant or probable cause.

How can the right to be free from unreasonable searches and checkpoints without probable cause coexist? Michigan Dept. of State Police v. Sitz set out to answer that question.

The United States Supreme Court found, in a 6-3 decision, that sobriety checkpoints are constitutional so long as they are properly conducted. Chief Justice Rehnquist, who wrote the majority opinion, stated that the benefits of drunk driving prevention outweighed the degree of intrusion on motorists who are briefly stopped.

Although the U.S. Supreme Court has ruled that DUI checkpoints do not violate the constitution, ten states have exercised their sovereignty and outlawed them, saying they violate their state constitution. Those states include:

What is proper checkpoint procedure?

The majority opinion in Sitz implied that in order to prevent DUI checkpoints from becoming overly intrusive, thereby violating the Fourth Amendment, there must be certain checks in place. Generally, each state has decided for itself what “proper procedure” is. Most states follow these guidelines to some degree:

Controversy has erupted in some areas, such as Chicago, over claims that checkpoints sometimes target predominantly minority areas even when predominantly white neighborhoods have a much higher DUI rate. This type of conduct could, depending on motive, constitute racial profiling – the use of race as grounds for suspecting someone of a crime.

In Georgia, DUI checkpoints are considered constitutional and occur regularly. At a checkpoint, it is important to remember that you have not yet been arrested and therefore do not have to give your consent to a search or seizure. Knowing your rights is the best way to protect them.